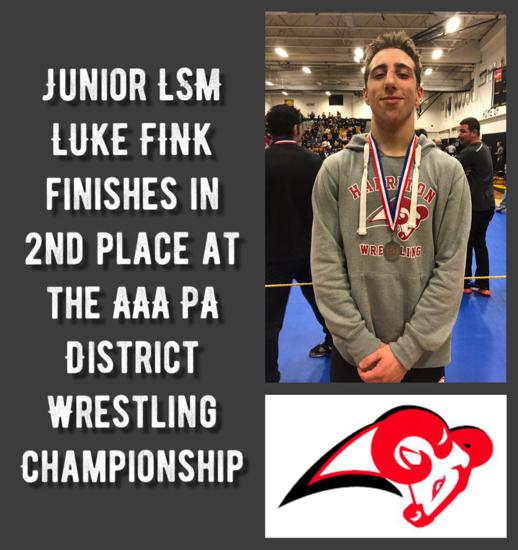 Congrats to Luke Fink - Harriton junior and LSM/defensemen - on a great wrestling season. Luke was named Captain of the Harriton Wrestling Team and finished the season with a record of 18-9, with 48 takedowns and 8 match pins. He placed 4th in the 132 pound weight class in the Central League Tournament Championship advancing him to the AAA District Championship, where he placed 2nd and was one of the first Harriton wrestlers to make it to the Regional Wrestling Championship in many years. Luke became a member of the “40 Win Club” and received the “Most Inspirational Wrestler” award from his team. Way to go Luke!