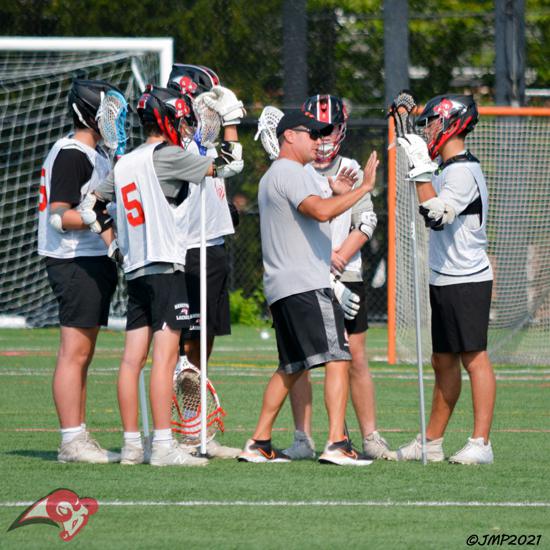 From Coach Sowers...
Want to be a better lacrosse player? Then go watch as many college games as you can! Watch the players in your position. Here is a Google calendar you can download with upcoming local college games. https://calendar.google.com/calendar/u/0?cid=MG1mZ29ia2s1czBwMTNnZWVqNjcwc2F2b2dAZ3JvdXAuY2FsZW5kYXIuZ29vZ2xlLmNvbQ

David Sowers guided Hatboro-Horsham and Upper Dublin to PIAA lacrosse playoff berths.  He was the head coach at Hatboro-Horsham from 2002-2010 and compiled a record of 137-44. He led the Hatters to a share of the Suburban One Continental Conference crown and a state playoff berth in his final year.

After an assistant coaching stint at Wissahickon for a year Coach Sowers served as an assistant at Upper Dublin for three years before taking over as head coach of the Cardinals. In his 3 seasons there, Sowers had a 50-14 record, won two Suburban One American championships (2016, 2018) and a District 1 title (2016). The 2016 season ended with a berth in the PIAA quarterfinals.

“Coach Sowers brings a wealth of knowledge and experience; not just coaching lacrosse but building a program,” said Albert. “We have a great group of student athletes and we’re really excited to get a coach of his caliber in the program.”

Coach Sowers – who was also head coach for the Upper Moreland girls’ program in the late 1990s and has posted 203 career wins as a head coach – also is an assistant football coach at Upper Dublin. He is a teacher at Hatboro-Horsham.

Michael Sowers - former player at Duke and Princeton and currently playing professionally for the Waterdogs.

Jack Rapine - Jack Rapine was selected eleventh overall by Archers LC in the 2020 PLL College Draft. Rapine started all 48 for Johns Hopkins during his tenure at the school and finished ranked sixth in school history with 40 career caused turnovers. Rapine's cousin James Develin is a former NFL fullback for the New England Patriots. During his rookie season at the 2020 PLL Championship Series, Rapine picked up one ground ball and caused two turnovers.

Jakob Phaup - Faceoff Coach
Syracuse Men's Lacrosse. All-American faceoff specialist. After his true freshman season where he played just four games, he took the bulk of the faceoffs in 2019, winning over 60 percent of restarts and was one of the nation's top faceoff men in 2020. Led the ACC in faceoff percentage in two of the past three seasons.